The intersection of theory and practice in the Russian Revolution
By Paul D'Amato
Issue #106: Features

“Now one has to engage in excavations, as it were, in order to bring undistorted Marxism to the knowledge of the mass of the people.”

–Vladimir Lenin, State and Revolution
When Bolshevik Party leader Lenin returned from exile to Petrograd on April 3, 1917—scarcely more than a month after the February revolution that overthrew Russia’s autocracy—he delivered a speech to a gathering at Bolshevik headquarters, where, according to an eyewitness, N. N. Sukhanov, he declared: “We don’t need a parliamentary republic, we don’t need bourgeois democracy. We don’t need any government except the Soviet of workers’, soldiers’, and farm-laborers’ deputies!”1
خواندن مطالب دیگر »
ارسال شده توسط سیاسی-تئوریک در ۱۹:۱۳ هیچ نظری موجود نیست: پیوندهای مربوط به این پیام

The Tallest Man in Ramallah By Michael Chabon


The Tallest Man in Ramallah
MICHAEL CHABON ROAMS THE WEST BANK WITH SAM BAHOUR
By  Michael Chabon
I.
The tallest man in Ramallah offered to give us a tour of his cage. We would not even have to leave our table at Rukab’s Ice Cream, on Rukab Street; all he needed to do was reach into his pocket.
At nearly two meters—six foot four—Sam Bahour might well have been the tallest man in the whole West Bank, but his cage was constructed so ingeniously that it could fit into a leather billfold.
“Now, what do I mean, ‘my cage’?” He spoke with emphatic patience, like a remedial math
خواندن مطالب دیگر »
ارسال شده توسط سیاسی-تئوریک در ۱۲:۰۷ هیچ نظری موجود نیست: پیوندهای مربوط به این پیام

Anyone who cares about justice and peace needs to mobilize against the U.S. government's new escalation of the bloodshed and repression in the Middle East. 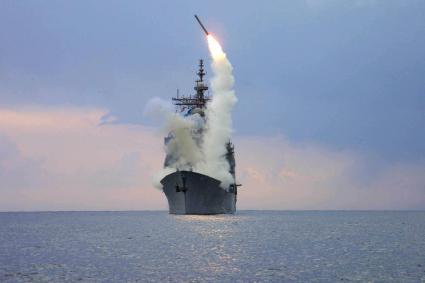 From Socialist Review, No.227, February 1999.
Copyright © 1999 Socialist Review.
Copied with thanks from REDS – Die Roten.
Marked up by Einde O’ Callaghan for the Encyclopaedia of Trotskyism On-Line (ETOL).
Having been treated like a dead dog for most of the 1990s, Karl Marx is back in fashion. Over the past year or so commentators in establishment organs such as the Financial Times and the New Yorker have carried pieces affirming the relevance of Marx’s thought to the contemporary world. It is rare that a week passes without the economic pages of the Guardian making at least one reference to Marx’s critique of capitalism.
Indeed, as Bill Clinton famously put it, “it’s the economy, stupid” that explains the revival in Marx’s reputation. While world capitalism appeared to have triumphed in the first half of the 1990s, Marx was ignored. Now that the world economy is in increasingly deep trouble, his works are being dusted off again.
Yet there is in many ways less to this return to Marx than meets the eye. Despite the greater respect and attention with which he is now treated, the substance of his thought is still largely discounted. Thus the Guardian’s Victor Keegan wrote at the start of January that he’d like to have one of those One-2-One talks with Marx, but then went on to argue, “What would really have astonished Marx is the resilience of the market system, which seems to have survived yet another crisis.”
خواندن مطالب دیگر »
ارسال شده توسط سیاسی-تئوریک در ۱۶:۵۹ ۱ نظر: پیوندهای مربوط به این پیام

Against Trump and Peña Nieto


Against Trump and Peña Nieto

Donald Trump signed an executive order on January 25 to begin immediate construction of a wall along the U.S.-Mexico border, repeating once again that Mexico would have to pay for it. Mexico's President Enrique Peña Nieto canceled a planned visit to the White House on January 31. After Trump's order, the Revolutionary Workers’ Party (PRT), the Mexican section of the Fourth International, published the following statement, translated into English for theInternational Viewpoint website. 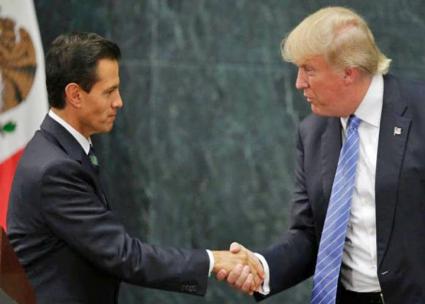